COLA For Employees Covered by the National Agreement 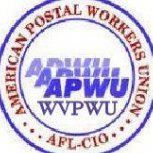 In July, the final month of the six-month adjustment period for the sixth COLA under the 2018 Agreement, the CPI-W Unadjusted Index (1967=100) rose from last month to 797.661; an increase over the January 2021 index point upon which employees received the last COLA.

As a result of the rise in index level, the following COLA adjustment will be applied to each step of the basic annual salary for all employees covered under the 2018-2021 Collective Bargaining Agreement effective August 28, 2021 (pay period 19-2021, pay date September 17, 2021).

Under the 2018 National Agreement, employees accrued the following adjustments totaling $3,349.00:

With our current union contract expiring on September 20, 2021, the APWU and postal management have now been engaged in negotiations for more than five weeks.

Generally, at this stage of early negotiations we are focused on proposals addressing work rules, working conditions, and workforce structure. Later in the negotiations process, the economic provisions (wage increases, COLA, step increases, etc.) will be proposed and discussed. To date, the APWU has submitted 86 proposals and management has submitted six proposals for discussion and negotiation. The union proposals include 44 craft proposals covering the Clerk, Maintenance, Motor Vehicle Services, and Support Services crafts and 42 general article proposals. These include numerous proposals to protect job security and work opportunities, increase career opportunities and improve conditions of work.

The APWU will submit additional proposals over the coming month, including our wage and financial package.

Since negotiations opened on June 22, 2021, there have been eight “Main Table” meetings between the APWU and postal management, where proposals are exchanged and assigned to various negotiators or to the craft tables for further discussion and development.

Each APWU craft is conducting at least weekly meetings with their counterparts at the Postal Service. In addition, Director Zimmerman meets regularly with the Postal Service Chief Spokesperson on the general article proposals that are not currently assigned other negotiators or to the craft tables. Lead negotiator, President Mark Dimondstein, also meets regularly with the Deputy Postmaster General discussing the overall picture of the new Collective Bargaining Agreement.

The parties are currently planning to “lock down” in the same location for a week of negotiations beginning September 7, 2021. Each day will consist of intense main table negotiations, craft tables, and any other sub-committees where the parties agree to work on the various proposals.

“The core committee and other craft officers are diligently working to negotiate a contract that recognizes the hard work and dedication the employees represented by the APWU show each day, shared Director Zimmerman. “We are working together to get you the good contract you deserve.”

“On behalf of the members, I thank the negotiating team and everyone involved with the negotiations process for all their hard work and cooperation as we march together in the battle for a good new contract,” said President Mark Dimondstein. “Our strength at the negotiating table derives from the activity and unity of the members, so keep sending the message from the workroom floor to postal headquarters – ‘Union Strong, All Day Long!’”


Portal by DevFuse · Based on IP.Board Portal by IPS
×
×